Autonomous Cars: We Still Need the Human in the System 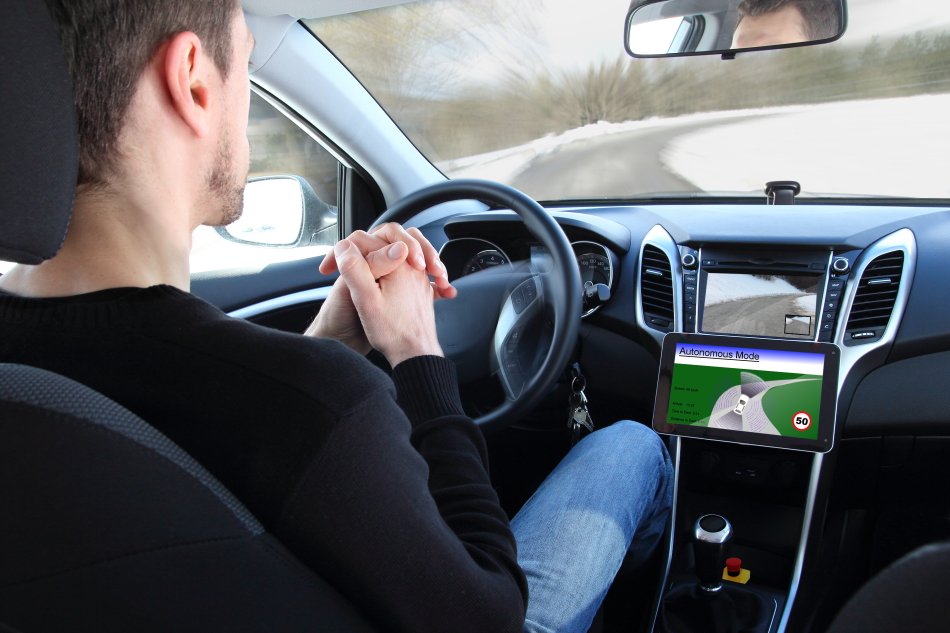 A police officer arrives at a crash scene with a motor-home wrapped around a tree. The dazed driver emerges from the vehicle and says, “I don’t know what happened…I just put it on cruise control and went back to make a sandwich…”

In the next generation, kids will not find that joke funny because vehicles driving themselves will be the norm. Google has already succeeded in creating self-driving cars and convinced Nevada to pass a law, in March 2012, allowing the operation of these autonomous vehicles.

Already people have cars that parallel park themselves (where was that car when I did my driving test?) and assist backing up with a wide-range rear-mounted camera. Some vehicles have warnings in their side mirrors for obstacles in their blind spot, have automatic windshield wipers that turn on when it’s raining, and even send automatic reply text messages telling contacts that their friend is busy driving.

Now there are researchers at Virginia Tech Transportation Institute attempting to get rid of stop and yield signs from the roadside altogether. Instead, they propose to have signs display on a dashboard screen advising the driver on what to do. It seems to be a proximal warning system that advises drivers to continue without stopping if there is nothing in range to cause a collision. This is not just a fantasy; although it hasn’t been tested with traffic lights, it has been tested on stop signs in real traffic.

Additionally, other researchers at the University of Michigan are working on vehicle-to-vehicle communication technology. This innovation would allow cars to indicate unseen dangers ahead to drivers, thereby giving more reaction time to avoid a collision.

Imagine combining autonomous cars, in-car signage, and vehicle-to-vehicle communication. You might as well go make that sandwich, right? Ermmm… NO.

When calculators first came out, the mathematically-challenged members of society thought it was an answer to their prayers. The problem is, to use a calculator you must have an idea of what the answer might be; otherwise, if you input incorrect data and you get the wrong answer, you don’t know. As a basic example, if you know that 20 multiplied by 20 is 400 and you enter 18 times 18 in your calculator and the result is greater than 400, then you know to recalculate.

Similarly, GPS systems are not infallible and are only as good as the data given. If you have ever watched The Simpsons, you know that Homer and family live in Springfield. But the State goes unmentioned. There are 13 cities, 11 towns, and 14 townships in the US named Springfield. If you don’t have an idea of which direction you are going, and instead depend solely on your GPS, then you could end up thousands of miles away from your desired destination.

A problem with autonomous cars is that they are only as good as their programming and it is not possible to program all possible factors. How can you predict a truck jackknifing in front of you? A sudden flat tire? A deer in the headlights? Besides, the more systems a car has, the more systems that can fail. Will drivers check potential failures regularly? Pilots have many systems on their planes, and, before taking off, they do a walk-around and a pre-flight check to ensure all of their systems are functioning properly. Will everyday drivers do the same?

Having pre-departure checklists should be mandatory for autonomous cars too. If you have an accident due to a system failure, will it be a valid excuse to say, “My car didn’t see it coming…its proximal warning system failed”? Where will these “thinking cars” drive the Highway Traffic Act? The Act will certainly have a lot of catching up to do in the next few years if the responsibility is on the system and not the driver.

Thankfully, even Google realizes that we need a human in the system. They built an override for drivers to take control of the driverless car, either by stepping on the brake or turning the wheel much like current cruise control. Although autonomous cars and in-car signage will make up for the instances where your mind wanders, and will probably save time and fuel by following speed limits and avoiding unnecessary stops, humans will always be central to the driving system. They have to be there to supervise and correct the driverless cars. This necessary vigilance means that the sandwich will have to wait.

performancetechnologytravelusability
Previous Let’s Be Real! When Does Photoshopping Go Too Far?
Next Shooting Pain: Solving for Humans in the Recoil Equation