Don’t Underestimate the Importance of a Good (Kitchen) Layout 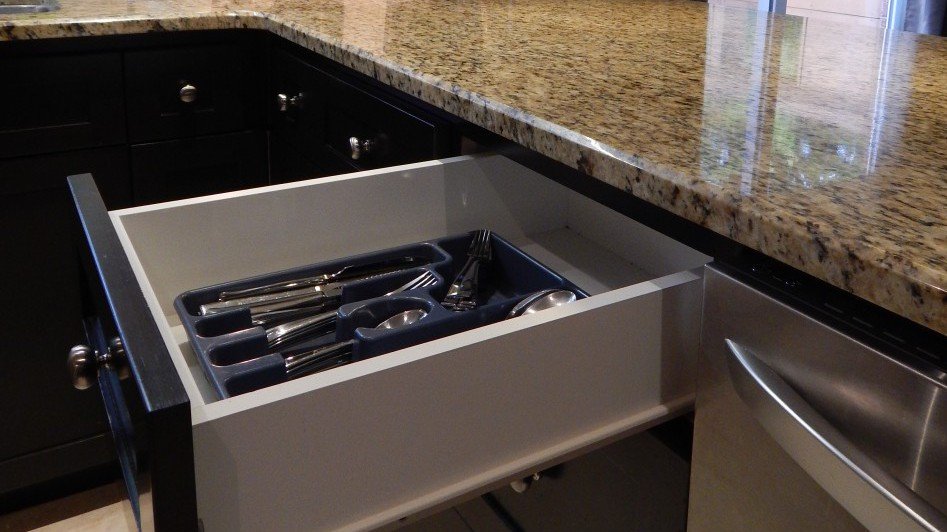 Workplace layout is of major focus across a multitude of organizations lately. Recent studies report the importance of layout and office design to improve productivity, spark inspiration, and reduce fatigue. For example, a recent article in Harvard Business Review explains that major corporations across the U.S., such as Google, Yahoo, and Samsung, are actively trying new layout designs to promote employee mingling and “chance encounters”. Another example comes from a Forbes article describing the impacts of a Steelcase CEO’s decision to move all executives off the same floor, in an effort to create a “we” space. Likewise, the layout of these office spaces is also physically and ergonomically important. Studies report that even details such as standing at your desk or in meetings, instead of sitting, is better for both your physical health and your job performance.

This whole concept of layout design and its impact on performance sparked a similarity in my mind with my recent move from an apartment to a house. Given that we were moving from roughly a 700-sq ft apartment to a 1650 sq-ft two-story house, it wasn’t exactly like we had a ton of stuff. We had the major items: couch, kitchen table and chairs, bed, TV, etc. It didn’t take me long to decide where these things would go, given that they belonged in obvious spaces. The couch goes in the living room along with the TV. The bed goes in the bedroom. And so on.

The placement of kitchen items, however, was less obvious. And the average kitchen, I realized, contains a ridiculous amount of stuff. There was a reason I hadn’t unpacked many of our wedding-registry kitchen items we received while we lived in the apartment – there was no room. Now, with a house, I had to make room. Not only that, I wanted to ensure that where I put these items made the most sense in terms of usability. And, once they were moved, I wanted them to stay in their place. I refused to move things to a place “just for now” and have to revisit the issue later. I’m all about efficiency.

I like to cook. Some people hate cooking and, in that case, it perhaps makes sense that kitchen layout would be less important. But, to me, it was crucial. After some careful thought, I came up with the following points:

These tips are by no means scientifically validated and, I have to admit, I didn’t even consult a professional guide. However, I will say that I have been in many kitchens in my day and have definitely noted the things that work and the things that don’t (call these “usability trials”, if you will). I’ve also noticed trends of what others do in their kitchens, and a lot of it just makes sense. Why wouldn’t you have the spice rack right near the stove? Why wouldn’t you store the Keurig right below the mug cabinet? After over six months in our new house, I haven’t had a single issue with my chosen layout. In fact, my husband, much to his chagrin, often hears me proclaim, “Isn’t the usability of this kitchen awesome!?” or something equally annoying. But the fact is, our kitchen is incredibly user-friendly because I put the time and effort into optimal organization. My hope with this blog is to help others reduce time and effort in their next move or kitchen reorganization, and to provide a close-to-home example that a thoroughly planned layout really does affect performance.